Boat wreck on the Barking Creek which is the tidal part of the River Roding, once home to England's largest fishing fleet
​The River Roding rises near Stansted Airport, and flows through Essex and forms Barking Creek as it reaches the River Thames. In Essex, the river forms part of the boundary between the district of Epping Forest and borough of Brentwood. The river marks much of the boundary between the London Borough of Newham and the London Borough of Barking and Dagenham.

From the Stansted area it passes through a group of villages in Essex known collectively as the Rodings, as many end with the suffix 'Roding'. After Chipping Ongar, the river flows under the M25.  It then runs past Loughton and between Chigwell and Woodford Green through the Roding Valley Meadows (a nature reserve). There is even a Roding Valley tube station (the least-used station on the entire London Underground network). Next up is the town of Redbridge which takes its name from a crossing of the river which then passes through Ilford and Barking. After Barking, the tidal section is known as Barking Creek, which flows into the Thames at Creekmouth. Here, the Barking Barrier crosses the Barking Creek  at its confluence with the River Thames. In the 1850s, the creek was home to England's largest fishing fleet, and the Victorian icehouse - where the fish were landed and stored before being transferred to London's fish markets.

Roding is a corruption of Hroda, an Anglo-Saxon leader who presided over settlements further up the Roding valley. Downriver the Roding was known as the Hyle and Ilford is first recorded in the Domesday Book of 1086 as Ilefort, meaning "ford over the Hyle"

The Environment Agency say: "The River Roding has a long history of flooding. More than 1,500 residential and commercial properties close to the river are at risk, mostly in the southern part of the catchment in areas like Woodford and South Redbridge. We are currently considering the effectiveness of a number of our existing flood  defence structures and maintenance activities across the Roding catchment."

These pictures start from Redbridge walking downriver to the Thames. 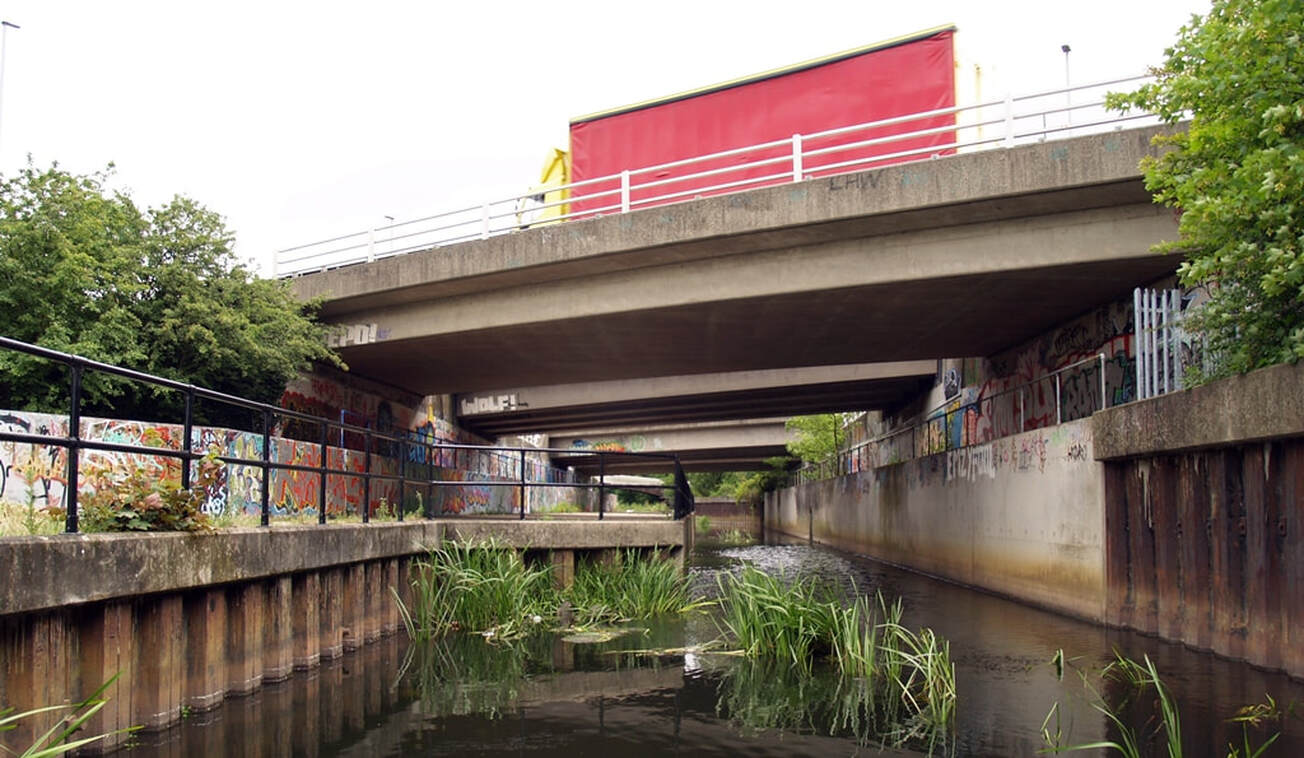 The A406 (North Circular) crosses the River Roding in Redbridge 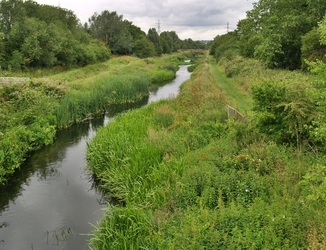 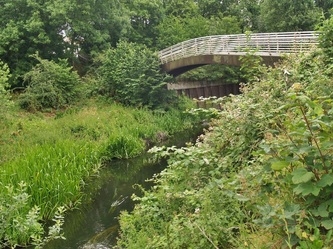 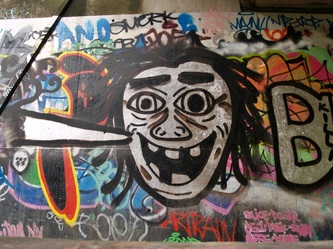 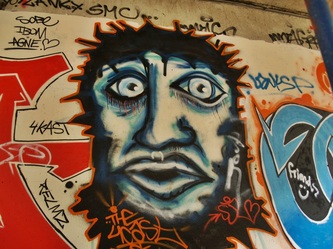 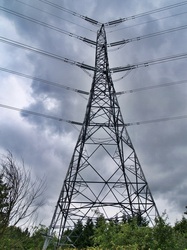 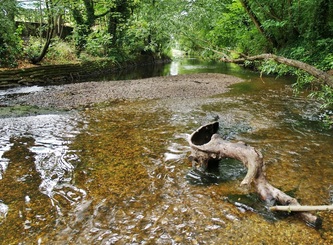 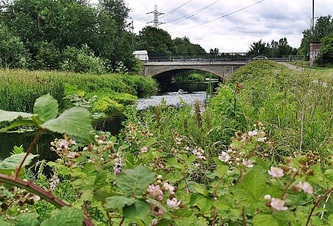 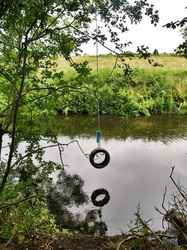 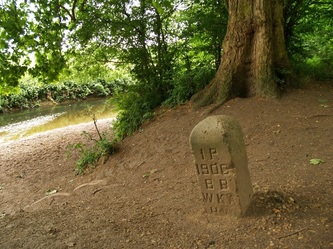 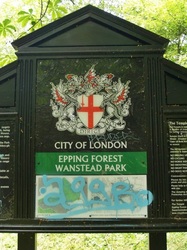 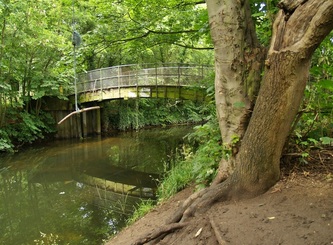 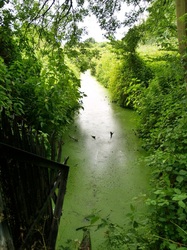 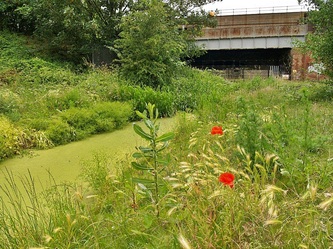 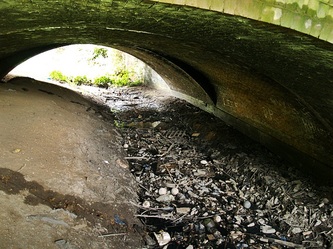 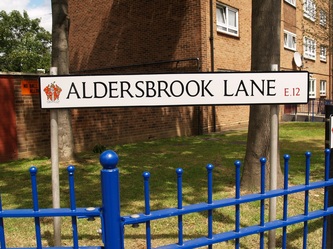 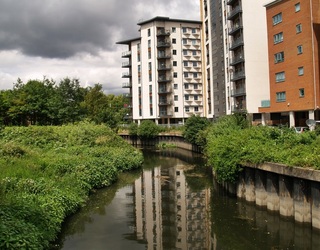 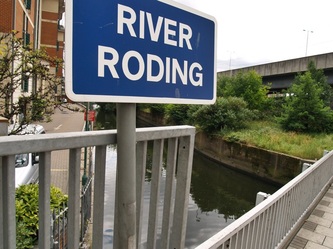 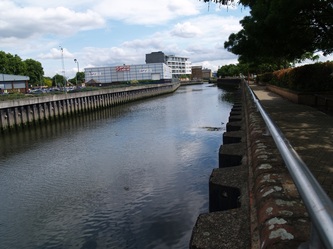 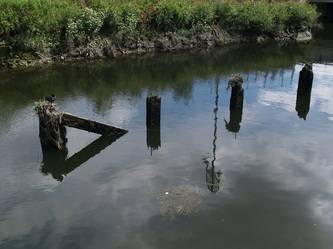 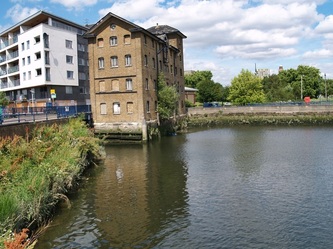 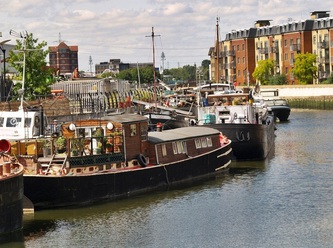 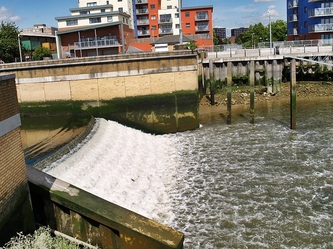 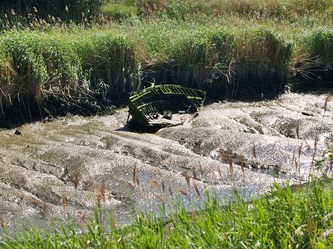 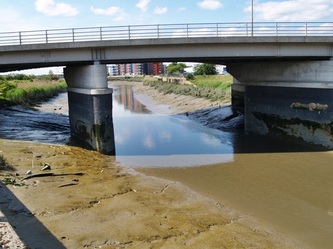 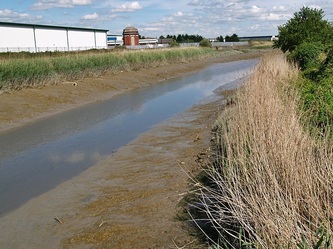 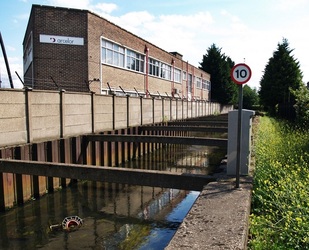 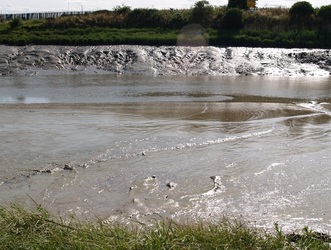 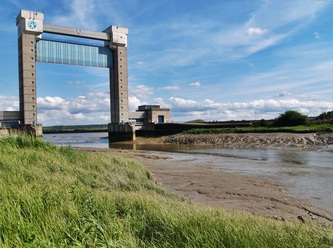 "The reason I found your site was my interest in Ilford Bridge as a new-build small boat launch site in 1954 (when I was aged 2). Some local sea scouts launch a technically complex 18 foot wooden sailing boat there. My father bought that boat in around 1970, and I am trying to trace its history back to its construction and launch.

I see Ilford Bridge is now considered the tidal limit due to the weir structure, and have a vague memory on some old large scale O.S. plans that the original tidal limit (high water springs?) may have been in the Wanstead Park Reach somewhere.

I lived near Ilford as a boy, and even though the Roding (Hyle - thank you) is built over, canalised and in places very neglected this is still an interesting little river, made even more so by your historical references about which I knew little."