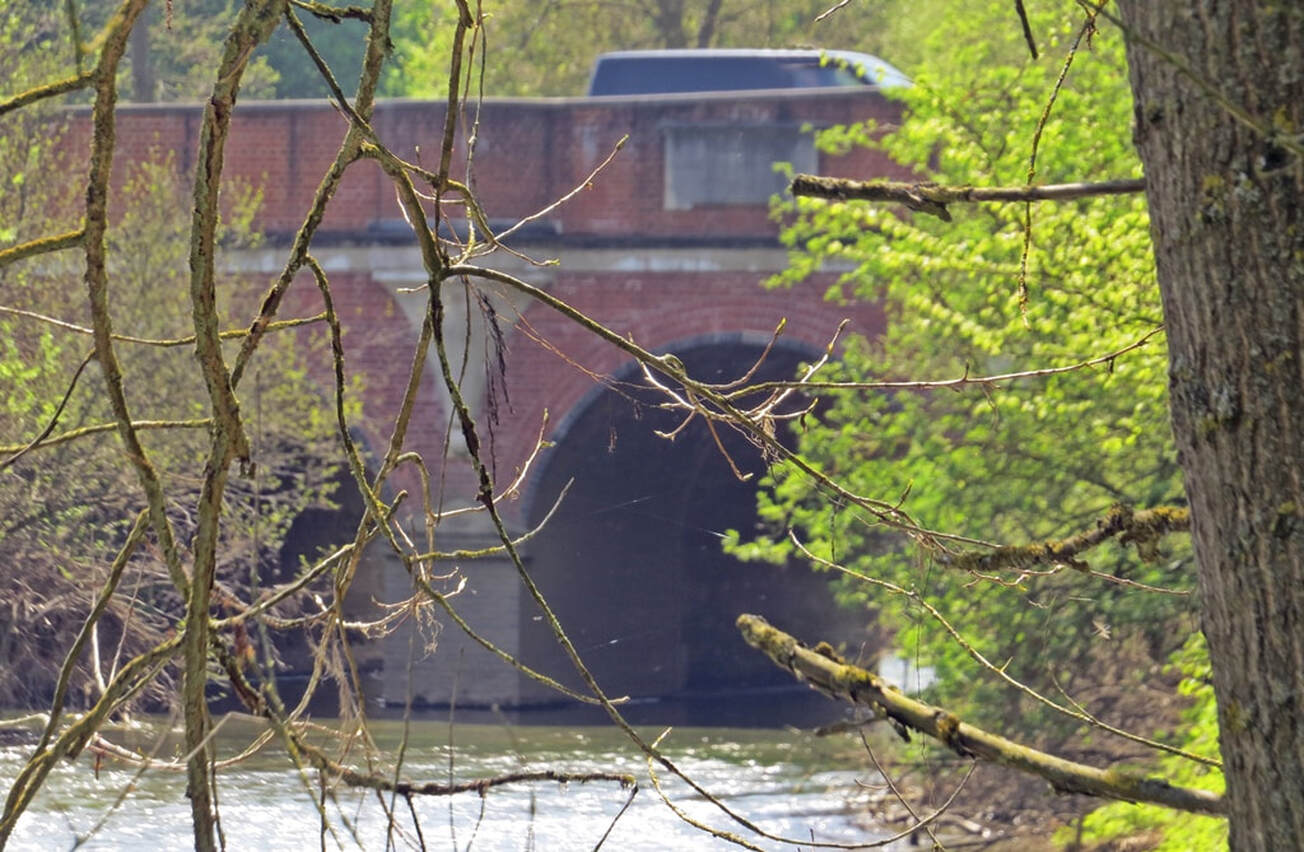 The River Mole at Cobham Bridge, Surrey
This river goes way outside of London, but I shall keep these photographs within the M25.

The River Mole rises in West Sussex near Gatwick Airport and flows north-west through Surrey for 50 miles. The Mole winds its way past Leatherhead and under the M25 then runs beside the boundary of the Chelsea FC training ground & then through the wealthy village of Cobham (with many "Chelsea Tractors"). It meanders past Painshill Park and under the A3 near the Sainsbury's turn off, passes near Hersham & East Molesey where it merges with the River Ember just before the Thames near Hampton Court Palace.

The Oxford Dictionary of English Place Names suggests that Mole either comes from the Latin mola (a mill) or is a back-formation from Molesey (Mul's island). In John Rocque's 1768 map of Surrey, the name Moulsey River is used.

The Domesday Book lists twenty mills on the river in 1086.

The River Mole originally flowed into the River Thames at the point where the present Hampton Court bridge now crosses the Thames (approximately quarter of a mile upstream of the present confluence). However, during the early 1930s, when Hampton Court Way and the bridge were built, the River Mole was redirected to flow into the River Ember and both rivers now enter the Thames in a single widened and straightened channel once occupied only by the River Ember. There have been further alterations to the courses of these two rivers in a major flood prevention scheme since serious flooding in the area in 1947 and 1968. In fact, there has been quite a history of flooding along the Mole, although the 1968 floods were the worst which submerged much of the villages of Cobham and East Molesey neck deep in  water damaging thousands of homes.

Various attempts to make the river navigable or canalise it have not come to anything. In 1664, an act was passed to make the River Mole navigable from Reigate to the River Thames, but was never executed. In 1810, the well-known engineer John Rennie proposed a canal linking the River Medway to Portsmouth which was to have a branch to London following the Mole for much of its length. Between 1825 and 1828 the architect and civil engineer Nicholas Wilcox Cundy proposed a Grand Imperial Ship Canal from Deptford to Chichester passing through the Mole Gap, however he was unable to attract sufficient financial interest in his scheme. The only Surrey river to have been made fully navigable is the River Wey.

Today the Mole is navigable for the last stretch to the Thames (via the Ember) at Molember Weir at East Molesey where there is a private mooring facility. 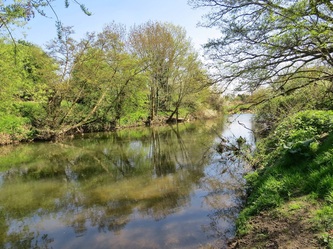 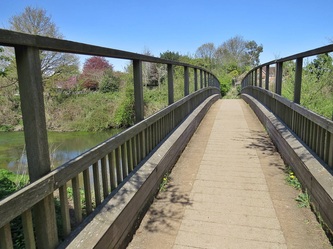 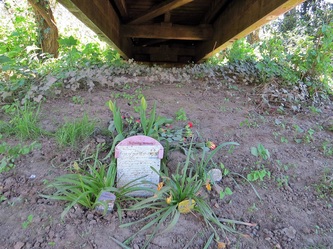 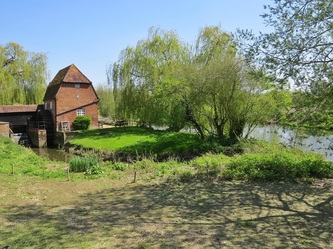 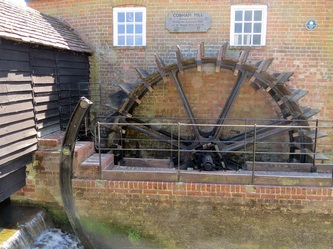 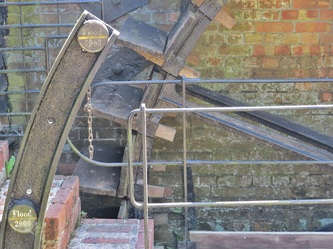 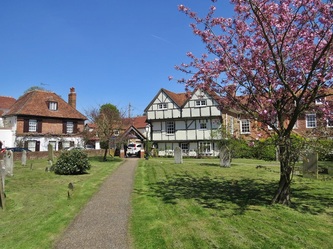 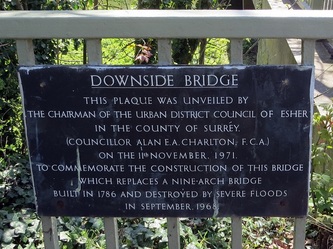 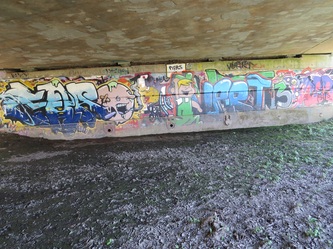 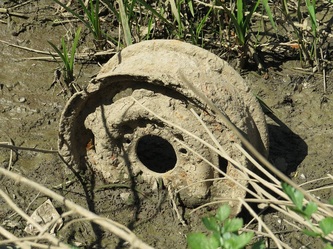 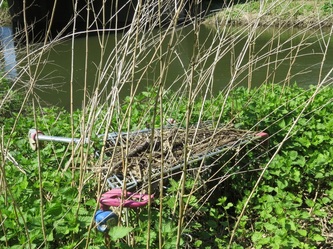 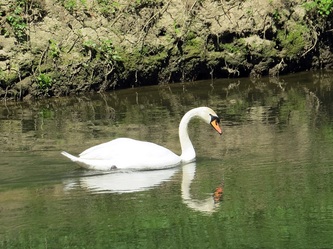 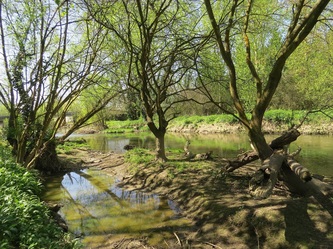 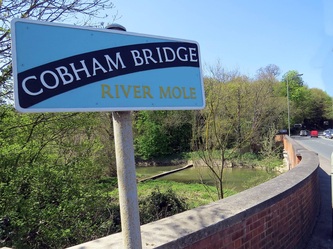 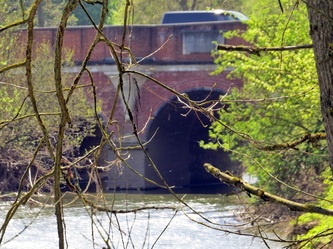 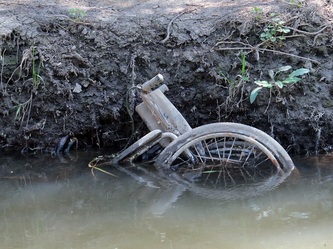 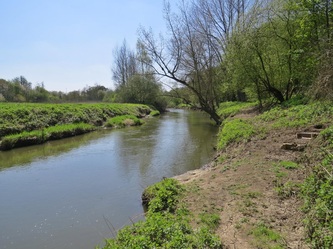 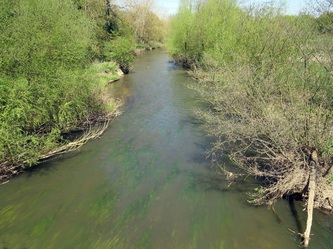 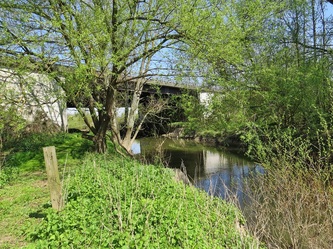 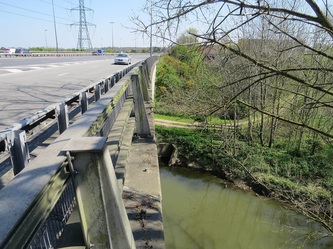 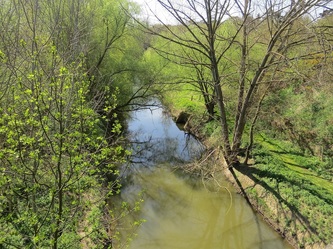 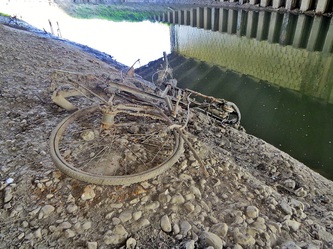 River Mole in pictures from the A3(Painshill) to the Thames 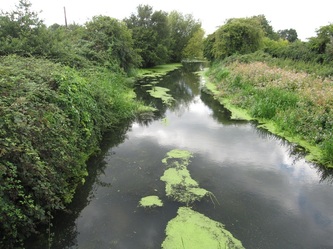 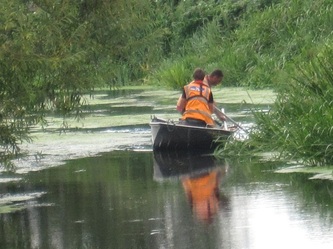 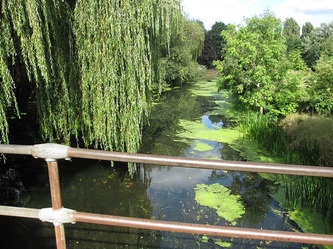 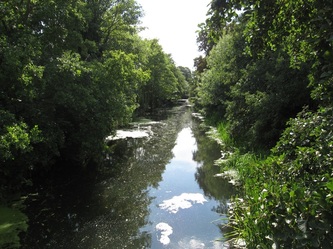 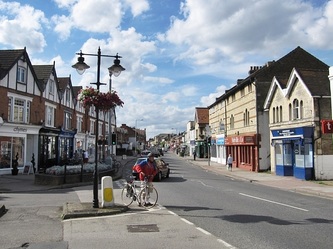 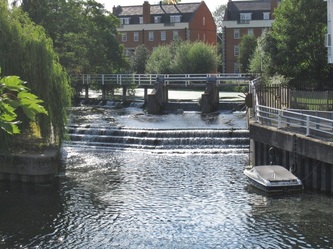