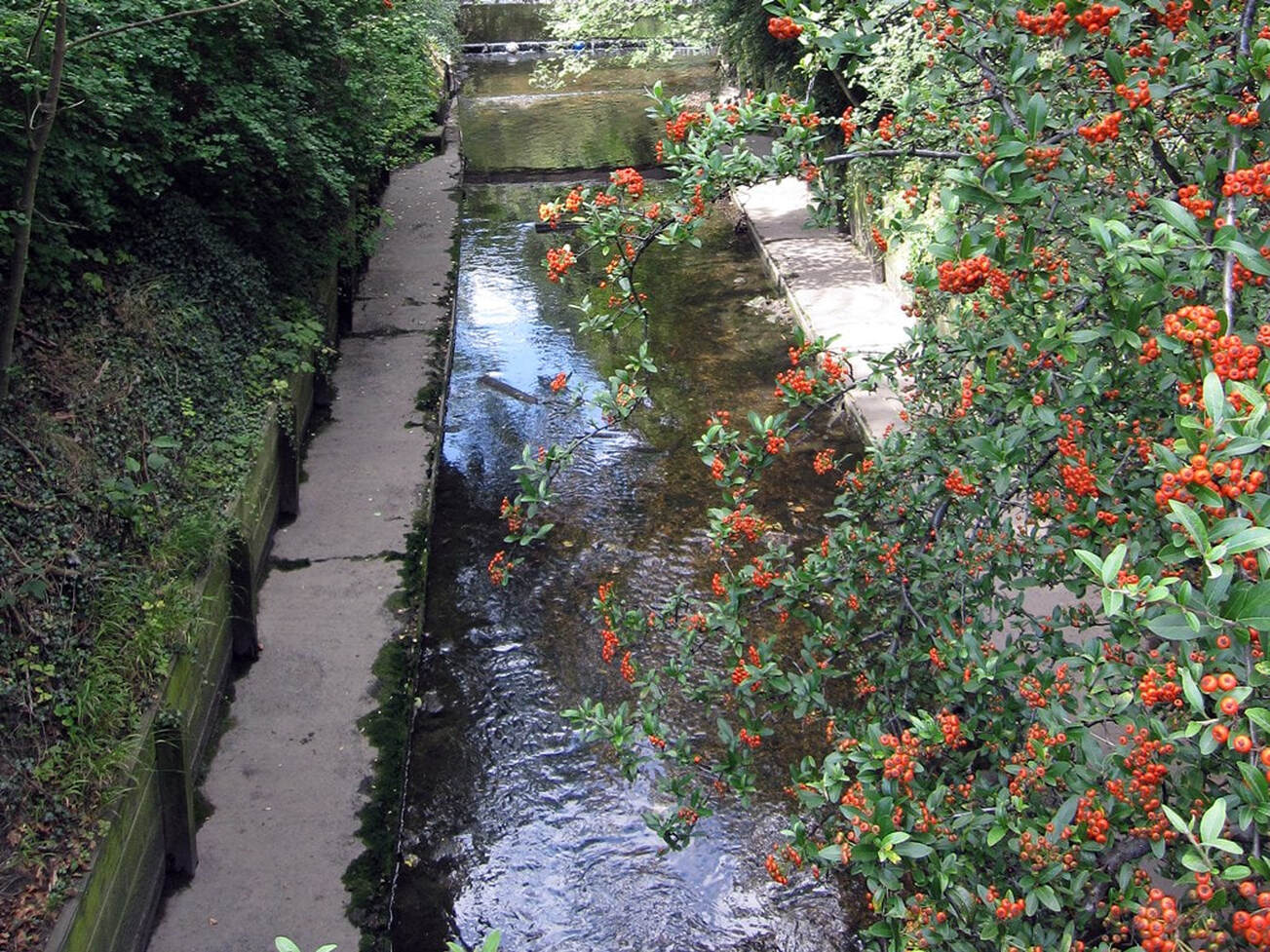 Deans Brook in Burnt Oak
​None of these are in the Lost Rivers book because they are still very much with us above ground but not everybody knows that they even exist!

After exploring the routes of the Lost Rivers and to prove that London really still is a river city I have now embarked on the massive task of walking the routes of all of London's lesser known rivers and will gradually be adding them to the dropdown menu above. This topic  is subjective as many people in London only know the Thames and perhaps the Lea/Lee. To many people the rest are lesser known...
Among the many more still to cover include: